We are very pleased to have these industry professionals helping with our global journey to improve patient outcomes while reducing cost across acute care and beyond. Click on their profiles to read more about them. 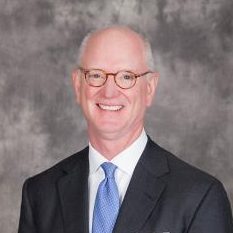 Throughout his more than three decades in health care, Mr. Vandewater has been responsible for the operations of more than 500 hospitals and led over 20 joint venture partnerships that combined the strengths of community hospitals, not-for-profit or academic health systems and investor-owned operators.

He spent nearly two decades as president and CEO of Ardent Health Services where he grew revenues from $300 million to $4.4 billion and expanded the company to include 30 hospitals and 26,000 employees. Under his leadership, Ardent earned a reputation as one of the industry’s strongest and most innovative operators, forging successful joint venture partnerships with health care institutions including The University of Kansas Health System, The University of Texas System and The University of New Mexico Health System. During his tenure, Ardent-affiliated entities were consistently recognized for their strong workplace cultures with more than a third of the company’s hospitals named to “Modern Healthcare’s Best Places to Work” list.

Mr. Vandewater previously served as president and chief operating officer of Columbia/HCA Healthcare Corporation. During his tenure, the company grew to become the world’s largest health care organization with $20 billion in annual revenues and more than 340 hospitals, 130 surgery centers and 550 home health locations in 38 states and two foreign countries.

Throughout his career, he has served in executive positions ranging from CEO of Vista Hills Medical Center in El Paso to executive vice president and chief operating officer at Republic Health Corporation.

Mr. Vandewater is a former board member and past chairman of the Federation of American Hospitals, which represents investor-owned and managed community hospitals and health systems throughout the U.S. He has also served on the Health Care Systems Governing Council of the American Hospital Association (AHA) and is a past board member of the Boys and Girls Clubs of Middle Tennessee. He has been recognized by Modern Healthcare as one of the 100 Most Influential People in Healthcare and was honored with the Federation of American Hospitals’ Mike Bromberg Lifetime Achievement Award in 2020.

Sheuli is a highly experienced and respected leader in life sciences.

Sheuli originally trained in medicine at Cambridge and Oxford then worked in the NHS before moving to pharmaceutical medicine. Sheuli has worked internationally in medical affairs, clinical development and life science policy.

She is the Vice President of the Faculty of Pharmaceutical Medicine, a Fellow of the Royal College of Physicians of London and a Global Fellow in Medicines Development with IFAPP.

Sheuli is a member of the Steering Group for the UKRI Multiple Long-Term Conditions Programme, the AoMRC Genomics Professional Partnerships Group and the UK Pharmacogenetics and Stratified Medicine Network Steering Group.

Sheuli is also a visiting lecturer at King’s College London. 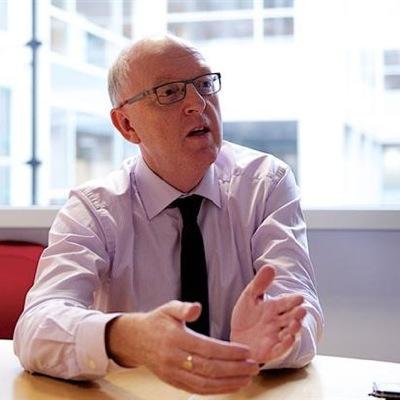 Bewick has held a range of senior regional and national roles in the NHS, including working on the 2013 Keogh Review into patient safety, before moving into posts in academia and industry.

He said: “Even now, there are healthcare organisations that simply do not look at data effectively and are not equipped to look at the declining status of patients under their care. There is a job to be done to get everybody up to the highest standard in acute care that is already in place. That would result in a big change in mortality variation and help to see very few outliers. C2-Ai provides mature systems that could help many hospitals address issues around mortality and patient safety. Its models are exceptionally well received.”

Dr Bonnette has worked across the spectrum of the US healthcare system. He advises governments throughout the world and holds posts with US healthcare company Optum, venture capital firm Health Catalyst Capital Management, and other healthcare data science organisations.

Bonnette said: “A transparent overview of how a hospital works is what physicians want, so that you can improve. This is the right thing to do, but as a provider, there still aren’t enough systems to help you to know what the right thing to do is. C2-Ai can make this transparent so you can see where the issues are and act on the first indicators. These issues are the same throughout the world – with many hidden issues in areas ranging from Covid through to maternity. I’ve seen C2-Ai in practice over many years, and if more hospitals used this technology then these issues wouldn’t be hidden. What you can see, you can fix, meaning fewer people will suffer.”